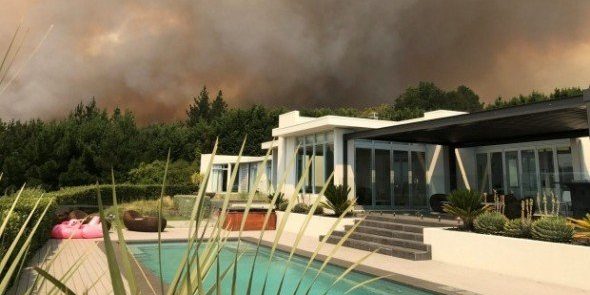 On 15 February, fires stroked Christchurch Port Hills, just at the east boundary of a house equipped with a brand-new Compass Pool. The home and probably others were saved thanks to the pool which was used as a water tank filled with water from a nearby fire hydrant. 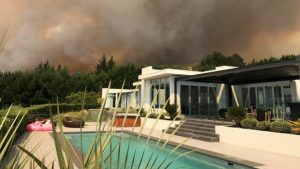 There are so many benefits of having a pool. It is a spot to relax, place to have fun, work out or just be admired by your neighbours and friends. The couple from Port Hills, Christchurch, however, know that having a pool means much more than that. In fact, their home would probably not be there anymore if their new pool was not completed just two weeks ago.

Strong fires struck the area of Port Hills dangerously close to their home. They were evacuated immediately and while waiting in safety and thinking of the worst, the firemen converted their pool into a water tank used by helicopters to fight the fire.

They could use the outside hydrant to refill it and thus, it helped to put the fire under control and save not only their house, but most probably other properties and nature as well. About midday on Friday, Miranda and Craig Newbury knew they were incredibly lucky. As Miranda said to Stuff: “It’s terribly sad but we are hugging and celebrating. All our neighbours are talking about coming back and rebuilding. This is not going to stop us living up there.” 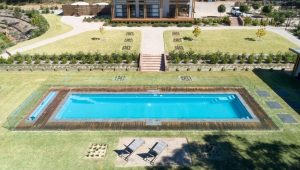 Pool covers and rollers are one of the most common accessories people choose to add to their swimming pool package ...
Read More

It’s easy to think that when you choose a premade fibreglass swimming pool, that you will be limited to a ...
Read More

A brief overview of our Compass Pools & McGrath Partnership Since 2016 we have proudly partnered with the McGrath Foundation ...
Read More
Tags: Benefits of owning a poolBuilding a Pool: Access to backyardFibreglass poolPool locationPool owners
Article Categories